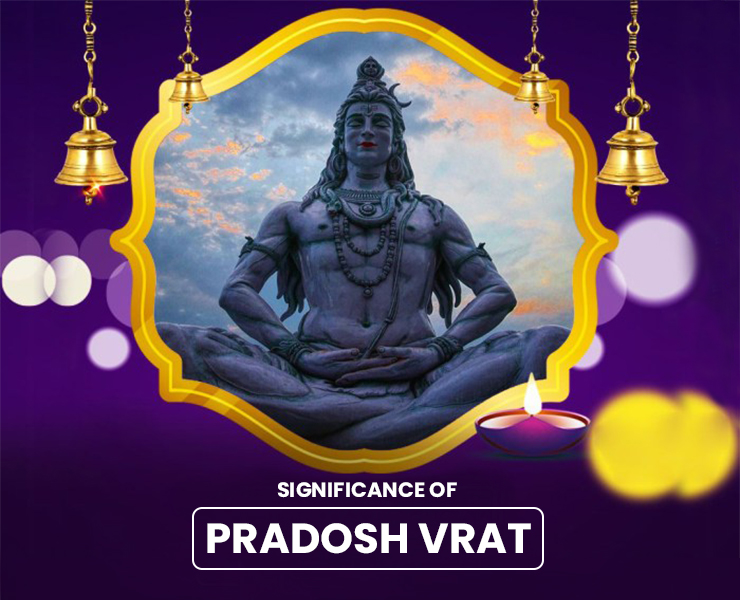 Pradosham or Pradosh vrat or also called Pradosha Kala Puja is an auspicious puja as it is believed all the sins are eliminated and all desires are fulfilled by completing this puja where devotees will complete the day by fasting and praying to Lord Shiva.

According to the Hindu calendar, Pradosh Vrat is kept on the Trayodashi Tithi of Krishna Paksha and Shukla Paksha every month. On this day, Lord Shiva is worshipped by his devotees. Worshipping Lord Shiva and observing fast on the day of Pradosh fulfil all the wishes of the devotees and are bestowed with wealth, good health, and happiness.

As the name suggests, Pradosha has two meanings. The first literally means removal of sins and secondly, it’s the dusk time more commonly known as the Godhuli, a time of about 3hours. This time is divided into 90 minutes before the sunset and 90 minutes after the sunset which is known as the Pradosh Kaalam. By observing fasting and meditation with full devotion and dedication, all the demands are fulfilled by Lord Shiva and Maa Parvati. According to Shiva Purana, it is believed that during the Pradosh Kaal Lord Shiva with Ma Parvati perform a Holy Dance on Mount Kailash. Offering puja during this time gives an opportunity to eliminate all the negative Karma and helps us to fulfil all desires.

WHAT TO EAT ON THIS DAY?

Devotees can consume milk after taking bath in the morning. After this, take a vow of fast. During the Pradosha period, one can eat fruits after worshipping Lord Shanidev.

The Pradosh vrat can be conducted by every human being irrespective of age and gender. Nataraja form of Lord Shiva is worshipped in certain parts of the country on this day.